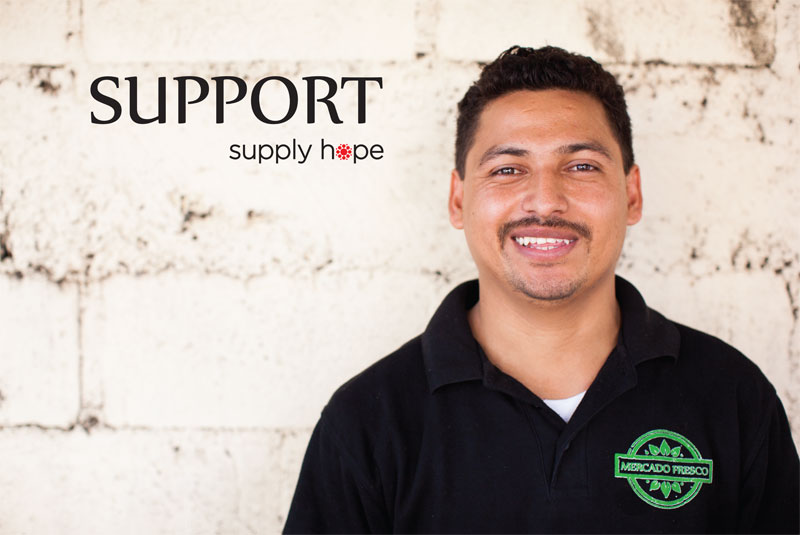 Supply Hope Nicaragua couldn’t operate without a strong support team. One of those team members is Antonio.

Every weekday morning before the sun rises, Antonio boards a bus in his hometown of Crucero bound for Managua. An hour later, he arrives at the Supply Hope office and heads to the clean, bright yellow warehouse in the back. Pulling on his boots and gloves, he sets to work.

As the Mercado Fresco bodega coordinator, he is responsible for precisely weighing and slicing each order of cheese and preparing all the food before it goes out for delivery. He packs the oil in individually sealed plastic bags and organizes cream and three flavors of yogurt in the refrigerators. His work makes him happy and proud, and his co-workers regularly tell him that he does excellent work.

Growing up outside Managua, Antonio was raised by his mother and never knew his alcoholic father. The only male figures in his life were his uncles, also alcoholics who readily displayed their tempers after frequent drinking binges. Rarely hearing words of affirmation or encouragement as a boy, he went through life with very little confidence. But after his wife gave birth to his son, he became determined to change his circumstances so that his son would have a better life than he did. Antonio was initially hired as the Supply Hope nighttime security guard. His strong work ethic was immediately noticed, and he was quickly promoted to his current role. He excels at his job. His team highly respects him and encourages him daily. One day at a staff meeting, with tears in his eyes he gratefully told his co-workers that no one before them had believed in him. For the first time in his life, he felt like he was “a part of a family.” He was finally gaining the confidence that had always been absent in his life, and he was becoming a strong role model for his son.

In a country in which men are increasingly not in their children’s lives, Antonio is a disrupt-er. He is interrupting the cycle of alcoholism and abandonment of his past and taking responsibility for his life and his family’s future. And at the same time, he is playing a crucial role in helping Supply Hope’s micro-franchise owners transform their lives as well. 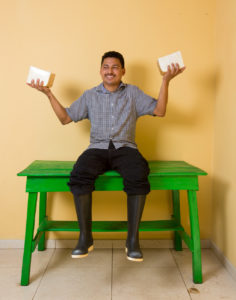